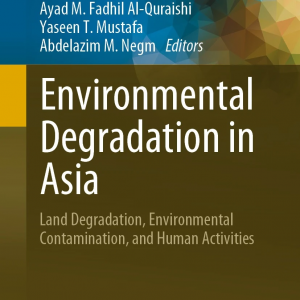 The problem of land degradation, being extremely actual over the planet and especially in arid zones, requires imminent scientific attention to outline territories affected with degradation, and develop effective measures to withstand the problem. The use of remotely sensed data proves as a cost-effective and informative tool for land surface monitoring. Moreover, remote sensing is sometimes the only way to comprehensively imagine the current processes over huge territories. The main question of remote sensing data application is the accuracy of methods used to obtain certain land characteristics. The joint analysis of ground and satellite data is indispensable at all the remote sensed algorithm development stages. In the current chapter the new index of land degradation assessment is described. The index has been under development for several years and has strong ground-truth support with data gathered in the arid zone of Kazakhstan. The new index considers the condition of plant cover, the moistening regime, and bare soil’s spectral parameters. Initially developed for Landsat-8 data in south-eastern Kazakhstan, the index was applied for the entire arid zone of Kazakhstan. There is no doubt, the new index could be of use at various applications related to the problem of environmental degradation all over the arid belt of Eurasia, where the problem of aridization becomes most actual for Asian countries. 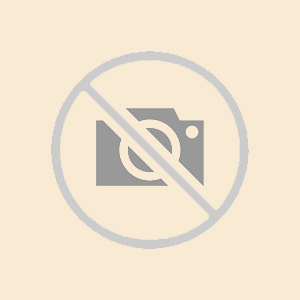 Aims: To evaluate the condition of natural pastures within the protected area of Upper Koksu Wildlife Sanctuary (UKWS) and to provide recommendations on sustainable management of natural resources of the area. 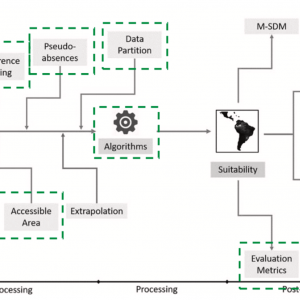 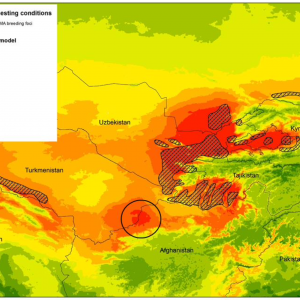 Since the earliest times, the problem of the locust has been a very serious one for agriculture and food production in particular. Devastating locust plagues are known from the Old and the New World where locust swarms terrified the earliest settlement and towns, leaving not a single green branch on the fields. 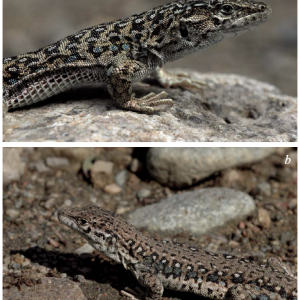 The distribution and habitat characteristics of two Eremias species (E. arguta and E. stummeri) from contiguous areas of southeastern Kazakhstan, northeastern Kyrgyzstan, and western Xinjiang, China, were analyzed using GIS modeling. We show that both species are dry-steppe-adapted xerophilous lizards with sclerophilic and partially petrophilic specialization. In spite of the visible similarity of the ecological niches (ENs) occupied by E. arguta and E. stummeri, the latter differs in a number of key variables. While most of the precipitation variables, the radiation of the winter and off-season months, and afternoon (PM) humidity are most important for E. arguta habitats, the habitats suitable for E. stummeri are limited by temperature variables, radiation during most of the year, and morning (AM) humidity. 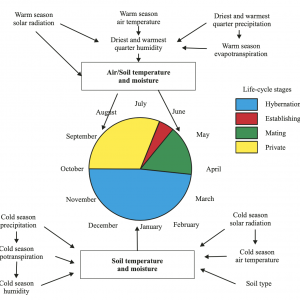 Abstract: A species distribution model has been developed for one of the most well-studied varanid lizards — Varanus griseus caspius. The model was developed based on several hundred documented localities of the lizard and a number of abiotic variables using statistical and GIS-based approaches. The results of evaluation using the model demonstrated the appropriate spatial accuracy of the model. 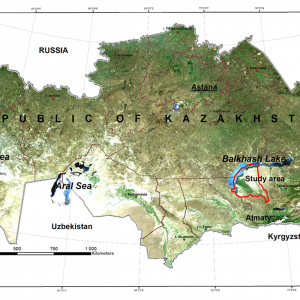 Abstract. Background. The method of ecological niche modeling (ENM) was applied to reconstruct the nesting conditions of one of the most widely-known pest species, Locusta migratoria asiatica, with a focus of nesting in Balkhash-Alakol basin. The ENM uses a set of input environmental variables to analyze and select the key factors from the entire input set. The key factors are the climatic variables which define the wellbeing of an organism; and the range of these variables may be calculated with statistical and GIS approaches. 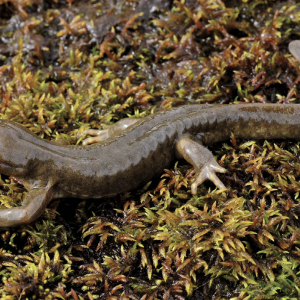 Abstract: We developed the ecological niche model (ENM) of Ranodon sibiricus in the Dzungarian Alatau Mountains using GIS (Geographic Information System) modeling, and interpretation of orographic and climatic variables. We analyzed the impact of each variable and evaluated the results to discern the most important (key) variables describing the ecological niche. Six orographic and 26 climatic variables were selected as key variables. The analysis of relief and climate contribution to ENM formation reveals a close interrelation between the two factors. The origin of every watercourse, its hydrological parameters, and microhabitat diversity are determined by local microrelief and microclimate. The mean temperature of the warmest quarter, precipitation during the wettest quarter, annual precipitation, and precipitation in the winter months indirectly confirmed the important role of glaciers in maintaining the water balance in streams inhabited by the amphibian. The data acquired allow the new interpretation of the previously proposed idea of introducing the salamander into some regions of Dzungarian Alatau and Northern Tien Shan.